A beautiful Westcoast city located on the pacific ocean surround by Mountain ranges. Vancouver is an ethically diverse and densely populated area. Often called “Hollywood North” Vancouver is known to have many movie and TV shows filmed there. It is therefore a coveted city to live and visit.

Yaletown a historical part of Vancouver. Known for its restaurants, lofts and brick constructed buildings. Yaletown connects with Granville Island, via sea buses.

Strathcona – characterised by its row homes and bright murals. Strathcona is one of Vancouvers first neighbourhood. Home to many families that desire a central location with a little more room than a condo. – https://vancouver.ca/news-calendar/historic-neighbourhoods.aspx

Downtown – the heart of the city. Downtown is known for its shopping district, courts, Vancouver Art Gallery – http://www.vanartgallery.bc.ca/

Sara Gillooly is a Commercial & Residential Realtor that advocates for her clients in every way possible.

Sign up to receive free updates on fun events in the City of Vancouver. 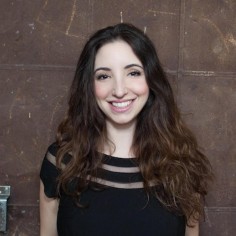 Connect with me on:

The data relating to real estate on this website comes in part from the MLS® Reciprocity program of either the Real Estate Board of Greater Vancouver (REBGV), the Fraser Valley Real Estate Board (FVREB) or the Chilliwack and District Real Estate Board (CADREB). Real estate listings held by participating real estate firms are marked with the MLS® logo and detailed information about the listing includes the name of the listing agent. This representation is based in whole or part on data generated by either the REBGV, the FVREB or the CADREB which assumes no responsibility for its accuracy. The materials contained on this page may not be reproduced without the express written consent of either the REBGV, the FVREB or the CADREB.